3 Marketing Campaigns That Changed the World 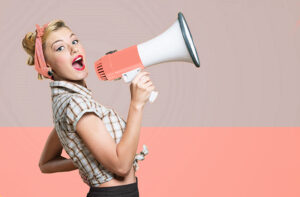 The modern-day diamond engagement ring ideal came about due to one of the most successful advertising campaigns of the 20th century. During the 1930s, the gemstone market was drastically declining for almost two straight decades. Partly due to the traumas of the Great Depression, very few people were in the market for extravagance.

The 1947 advertising campaign by De Beers changed the entire gemstone market, and the slogan “a diamond is forever” became one of the most memorable catch phrases in marketing history. The slogan was quickly embraced by society, and the gemstone changed from a symbol of extravagance to one of romantic eternal love.

Pharmaceutical commercials have changed the medical industry. The United States is only one of two countries that have not banned direct to consumer advertising of pharmaceutical products. In fact, drug manufacturers began direct-to-consumer advertising in the early ’80s. The idea of selling directly to patients was a timely concept that supported the current medical rights trend. Most people feel that patients have a right to learn about the drugs that are available, and that it is ultimately the right of the prescribing medical professional to decide whether to prescribe a drug to his or her patient.

While it is a highly controversial area, most experts agree that there needs to be a balance between pharmaceutical advertisements and independently researched information in the pharmaceutical industry.

Give Yourself a Coffee Break

One of the most iconic advertising campaigns is the 1952 “Give Yourself a Coffee Break” campaign by the Pan-American Coffee Bureau. This advertising campaign encouraged employees to find time during the workday for a break with a cup of fresh coffee to re-energize and to improve work efficiency. It didn’t take long for the concept to foster and soon morning and afternoon breaks became common workplace practice.

In some places, employee breaks eventually became protected by law. The “Give Yourself a Coffee Break” campaign became so ingrained in mainstream culture that in the mid-1960s, the United Auto Workers Union demanded that mandatory coffee breaks be written into employee contracts or the union will go on strike.

If you want to make a marketing campaign that leaves a lasting impact on consumer, you’ll need the help of experienced marketing professionals. Hire a Chief Marketing Officer today!

PrevPreviousHow Much Should I Spend on Marketing?
NextMarketing Rant – I Call BSNext