How This Entrepreneur Lost Their Entire Ebay Side Hustle 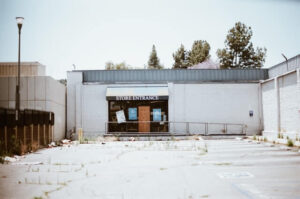 We’ve come across another “lost my business” horror story, this time from EBay. Whenever you’re running a business on a third-party platform that you don’t control, you risk this or something similarly restrictive. I’ve talked before on my podcast about the entrepreneur who lost her entire 6-figure Etsy business in the blink of an eye and was basically shut down for months while trying to rebuild it all without even having so much as a backup or access to customer lists.

I’ve added the Etsy story down at the bottom of this post.

Today we’re talking about John who has a side-gig (thank goodness not his entire income like my Etsy friend) on Ebay. He shared his story because he didn’t know this could happen and wanted other entrepreneurs to be aware.

He sells custom designed posters from his personal Ebay account, which he has had almost 20 years and has only ever had positive feedback. He’s only sold about a dozen of these posters (they’re only a side gig), but he’s sold hundreds of other items over those 20 years as well, and has over 100 positive reviews as both buyer and seller.

He decided keeping his business separate from his personal account would be best, so he opened a second account for his posters. He created a listing there almost identical to the original listing from his personal account, and set a friendly price to help people feel comfortable buying since this was technically a brand new account that had zero feedback. In his description, he mentioned moving business from his other account and added a link to that account in the description, keeping everything as transparent as possible for his buyers.

It seems Ebay thought something scammy because they shut down his new account, and now his old account is restricted from selling anything. Ebay would not confirm what the problem was. Their online policies say that it is okay to have more than one account and that many people do so to separate their buying account and selling account, for example.

The only thing he can think is that maybe, since the price was lower on the new account, Ebay thought that was a problem. He had not yet removed the original listing from his first account, which had a higher price, because of course you wouldn’t take the one down until you made sure the other one was set up. The new account had a lower price on the listing.

He spent quite a bit of time on several phone calls, emails, and talking to supervisors, and could not get the restriction lifted from either account.

He was shocked and saddened that they would close down a customer of 20 years and perfect track record with no warning, no explanation, and no opportunity to correct the issue. We all know they have the ability to verify his identity and see that he owns both accounts, and simply request that he remove the listing from one of the accounts, if either of those things are an issue.

Unfortunately, whenever you rely upon a third-party platform such as Ebay, Etsy, Facebook, Shopify, etc, you run the risk of running afoul of their rules, even ones you aren’t aware of, even when you don’t mean to and are actually trying not to. And they’re the ones who decide your fate.

Luckily for John this isn’t his primary income source and he has options. Our Etsy friend wasn’t so lucky.

This is also the reason that I always recommend that you get your prospects off social media and into your funnel. Not that you can’t continue using those accounts, but you also need to have a direct connection to your customers and prospects that doesn’t rely solely upon a platform that someone else has full control over.

Do Instagram Reels or Instagram Stories Build More Business?
Did You Know – Christmas Music Increases Holiday Sales; Plus Other Psychological Shopping Signals
How to Choose Your Brand Voice
You’re Thinking About TikTok Marketing Wrong: You Need to Treat it Like Paid Ads
My Friend Got Locked Out of Their Facebook and Asked Me to Send Them a Text Code
Why is My Facebook Image Ad Not Getting Results?: Marketing Q&A

Trending Today
Do Instagram Reels or Instagram Stories Build More Business?
Did You Know – Christmas Music Increases Holiday Sales; Plus Other Psychological Shopping Signals
How to Choose Your Brand Voice
You’re Thinking About TikTok Marketing Wrong: You Need to Treat it Like Paid Ads