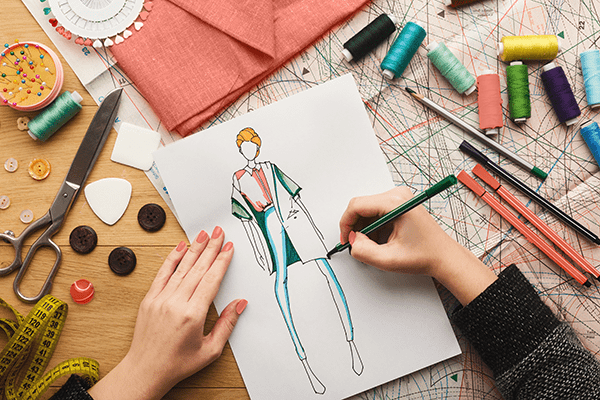 When you’re working with a designer, whether it’s graphic design, website design, design for a mobile app, or almost anything else, there are some communication shortcuts that can speed up the design process.

What tends to happen is that there is a lot of back and forth, you give input, the designer makes changes, you give more input, and it can go through several rounds of revisions before even getting to a spot where you feel like you’re beginning to see your vision.

But it doesn’t have to be that way.

You want to get your design done quickly, and the designer wants the same thing. Many times, the designer will also have outlined in your contract a specific number of revisions you are allowed, so the more completely you can communicate the design you see in your head at the beginning to help your designer put it into reality, the better off it is for everyone concerned.

Your designer will have developed questions to use, and processes to follow, that have proven over the years to speed up the design process. There are also some specific things you can do on your end that will help as well.

Here are some of our best tips communicate with your designer:

Keep in mind that it’s very likely no designer will be able to make an exact replica of what you’re envisioning in your mind. Understanding this from the beginning can help set expectations.

Your designer also will not make an exact replica of an existing design since this can violate copyright laws (which would actually put you in jeopardy more than the designer) and just lacks professionalism on the part of the designer.

Also keep in mind that the first draft is just that – a draft. It’s designed to be a jumping off point to have further discussions about what you are envisioning so that your graphic designer or web designer can further understand your goal.

Your designer will likely want to speak with you directly about your vision. Not all designers prefer to work that way, and not all clients do either, but it can really speed up the design process.

Rather than going back and forth via email or other written methods where you provide input and the designer has to ask questions, being able to ask and answer these questions in real time can speed up the process.

So when your designer wants a live call, or a live walkthrough during which they unveil the design draft and get your feedback about various sections of the design as they walk through it with you, versus simply sending you the design and letting you look at it on your own and then provide feedback, always go with the live call.

Also the frequency of check-ins may vary. If it is a very complicated design process, your designer will need time to make your changes, and then fine-tune those to aesthetically coordinate with the rest of the design, before sharing the next revision.

This may go against what you think would work best, but let the designer lead the design review meeting. It seems counter-intuitive, because the client is the one with the idea. Yes you have tons of ideas that you need to share, and the designer also has specific input they need from you.

Sometimes, the order of questions a designer will talk through has a very logical flow, which may relate to asking about one thing first that will change the questions that would be asked about something further along in the design process. Discussing these pieces out of order will actually take more time, and possibly cause more confusion, due to the amount of backtracking that needs to happen, than letting the designer ask questions in the order they need.

If you need to bring a point so that you don’t forget, mention it and ask the designer to make a note to come back to before your meeting ends.

Another great tips is that whether you’re communicating in person or in writing, it’s very helpful to talk in very specific words. You would think designers, as creative people, would prefer to speak in a lot of emotional and creative words and use a lot of adjectives. However, using these types of words and phrases is actually much harder to share your exact vision.

This is even more important for some professions – those people who tend to work in more emotion (think counselors, for instance), other creative disciplines (photography, fine art, dance, theater) and theory (maybe professors, teachers) tend to use “creative” words more in their everyday work, and will also tend to use these types of words with their designer.

Any adjective that is open to interpretation will be interpreted differently by different people. Some example of these types of adjectives would be things like urban, fresh, edgy, professional, creative, modern, upscale. That may be a general starting point for the designer to know the overall direction, but will not be enough for working through the design process to a final design.

You may want to say “I want that to pop“. Popping is a very vague concept which means different things to different people. You may say pop to mean a very bright color against a white background; where your designer may think the exact opposite with a black color against a colorful background. And someone else may say pop and mean that they actually want movement, like through using a gif.

How the design elements make those feelings can be very different in what you envision in your mind and what your designer envisions when they hear that.

Another example is saying you want that piece “prominent”. To you, that may mean that you want the words to be very big. To the designer, that may mean that you want it very colorful in addition to taking up most of the space on the page. Your designer may also put something on the top right of the page to make it prominent (this is based upon years of design practices and psychologically and physiologically where people’s eyes go to first to any type of page), where you may be assuming prominent would mean it should mean top left.

Even the word “big” can use a bit more explanation. Do you want it taller? Wider? Both? To take up 50% of the area? To take up 75% or 100% of the area? When you’re talking about bigger text, do you also mean that it needs to be bolder? Or a different font that is a heavier font by its design?

Even colors need clarification (if you do not already have specific brand colors that you need used). You may say pink, but your designer may wonder if you want a soft pink, a coral pink, or a fuschia pink. Grey can also mean a whole range of things, from charcoal grey to a very pale dove grey. Blue could be royal blue, the same color blue of your favorite company’s logo, or very specifically “Pantone 3015” – that last one your designer can’t get wrong.

Another way you can assist your designer is sharing examples of other designs you like, such as other people’s websites. Simply sending a link to a design you like can be confusing, even if you say you like the top part or a specific section.

You will want to be very specific, such as saying:

It’s also just as important to tell your designer what you DON’T like, and including the why, maybe things like:

Keep in mind, it will actually work best if you tell your designer what you don’t like without offering a solution. If you don’t like that box blue, consider not saying that you want it lime green. The designer may have had a reason for making the color choices, such as when contrasting design elements touch each other and it can be hard on the eyes, and also cause issues during a commercial printing process if you’re going that route. Think of times that you have seen red and blue against each other where it felt like you had on a pair of 3D glasses from the movies. There are many ways to fix what you don’t like that still falls within good design principles, and if you don’t limit your designer by offering the solution, you could end up with something even better than what you initially envisioned.

Most designers work carefully to meet client needs. In this case, your designer can best meet your needs by allowing them to lead the discussion and ask the clarifying questions they need to understand the vision that you see in your mind.

Do you have additional tips for working with designers? What have you found works well?

Need assistance with web design or graphic design? Schedule a quick call where we can discuss your vision.