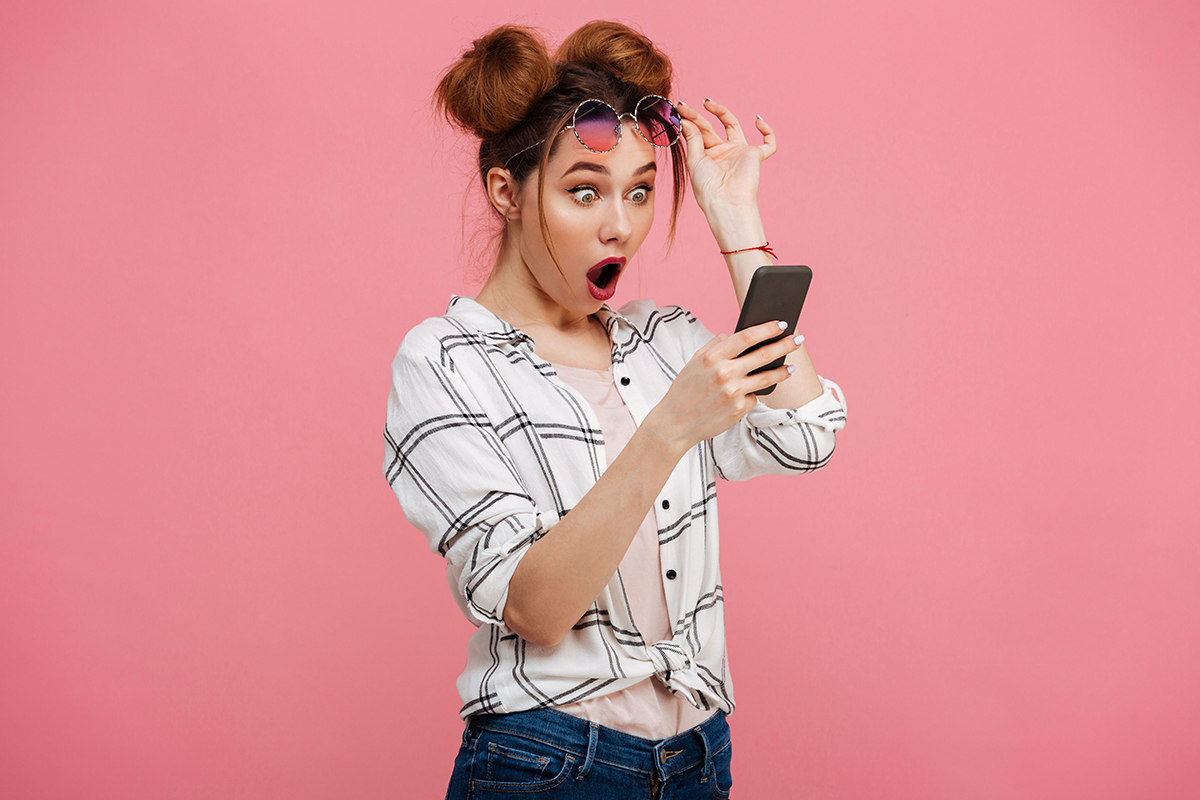 As part of my normal competitor research, I sometimes check competitor Facebook pages to see what type of posts they’re seeing the most engagement. This type of research is something you should be doing regularly as well.

What I found this time was rather shocking.

And it’s EXACTLY why I constantly say that you need to get people OFF social media and into your own funnel.

I decided one way to benchmark was by researching some of the biggest names that most quickly came to mind when I was researching on Facebook. Keep in mind, while I was doing this research I paid attention to the difference between a post that looked like a post with only organic engagement, and a post that had probably been used in an ad that had a huge spike in engagement.

If you know anything about Facebook advertising, you know that there are a few different ways you can set up your Facebook ads. One way is to create an ad from scratch using the Facebook Ad system – not related to anything you’ve posted to your page. A very specific message targeted to a very specific group.

Another way you can handle this is by going into the Facebook Ad system, and select an existing post as your ad. When you do this, the post gets a lot of extra engagement noted, since it’s getting engagement both organically from showing on your page plus engagement from the paid ad. Of course when you’re doing a stand-alone ad, there’s not a related post that would be capturing this extra engagement.

Third way, there’s also the Boost Post feature that you can do directly on the post. This isn’t quite the same way as using the Facebook Ad system (and not the way I recommend), but is another option of how you can put some advertising towards a post, that will then have the post reflecting additional engagement. So I paid attention when reviewing these posts to the common amount of engagement they were getting, and if there was then one post with a big spike in engagement, you can assume that the post likely had an ad connected to it.

Most of the pages I researched below, for the most part looked like their ads were set up completely separate in the ad system, except for one that I will explain below. The point of this post isn’t about Facebook ads, but I just wanted you to understand the differences and how that could be reflected in noticeable differences in engagement on a post.

One of the first pages I looked at, because I’ve just revamped my SEO program, was Neil Patel, who sells SEO software. He often posts information about how to use his tools, and has a large following considering how many customers the various tools have combined.

We all know Facebook page engagement has decreased, but the last stats I was reaching was around 2-5% organic engagement – but this seemed pretty drastic. I suddenly became distracted from my original research, and I wondered if maybe SEO just wasn’t a “sexy” enough subject. (I mean, really how exciting is that for most people?) I thought perhaps someone else who had something more mainstream would be seeing better results.

So I wondered who may have a big general (non-techie) group following, and chose Rachel Hollis – the author of “Girl, Wash Your Face” who a lot of female entrepreneurs follow. My thinking was that her posts may be more engaging by default since they’re about different aspects of life, not something as niche as SEO.

Rachel’s Facebook page has 1.8 million followers. As I was scrolling through her feed, her engagement was between 300-900 people liking and loving posts. This makes her engagement rate about 1/2 of what Neil was getting since she has a much bigger audience with around the same engagement.

Then I thought of people who I see a lot of advertising for, which usually leads to more people liking a page, and those people are there for the exact purpose the ad is related to. So I thought of Russel Brunson, whose ads I see frequently related to Click Funnels, the company he started.

Then I thought I’d check Dean Graziosi, a big name in marketing, who has 1.5 million followers, and organic engagement is between 500-1000 per post. Pretty much right in line with all of the others I had searched so far.

So then I thought I would pull a bigger name that specifically does marketing – because I would expect their engagement rate to be higher. So I checked Gary Vanyerchuck. I will note a disclaimer for you that I don’t follow Gary Vee. I find that I tend to disagree with some of the things he says, especially as it relates to entrepreneurs who are still working to grow their businesses. Since I don’t solidly agree with the advice he’s putting out (based upon my decades experience working with the companies and industries, helping them grown to multi-million and multi-billion), I tend not to follow him. But I thought I would check his numbers since you may know his name.

Gary has 3.5 million followers on his Facebook page. I saw some of his posts have a lower engagement rate, and then randomly he would have a post with hundreds (or more) times the engagement rate. This is where what I discussed above likely comes into play – these posts appeared to be ones that had been used in an ad, which drastically increases the rate of engagement because you’re getting both organic and paid engagement. The huge disparity between the numbers I saw makes me pretty sure this was the case.

On the posts with the lower end of engagement, most had average of 100 likes/loves and comments. Some of the posts, which was less frequent, with higher engagement rates had 1000-3500 people engaging. I suspect the ones with the much larger engagement rates were used in advertising because of this huge jump. Even with that much higher number, with as many followers as he has on his page, that still has an engagement rate only about 1/2 of 1% on those posts. (The posts with lower engagement – which was majority – was less than 1/10 of 1/2 of 1% … I was going to have to use so many zeroes that it would confuse you).

These numbers reinforce is some of the things I’ve been saying to you all along:

Is it bad to grow a big follower base? No, not necessarily.

Should you focus on growing a smaller following that is relevant to your business and highly engaged – no matter how big that number is? Yes.

Should you continue to get those people off social media, have a process in place to capture their contact information in your own website or email? Yes.

Email marketing actually still tends to have a better read and response rate. A heck of a lot better than this 1/2 of 1% response noted above.

You need to develop a structure and make sure, as you’re using your social media, you’re putting into place a plan to move those people into platforms you own – such as your own marketing funnel and website or email list.

So the good news is: you don’t need to worry so much about the size of your social media page or the engagement. We have some resources to help you:

Grab our 3-part Profit Producer eBook that will help you strategize a free offer that you can share to help get people in your funnel.

Then check our Marketing Funnel Course to help you have a solid understanding of what steps you need to include in your funnel, where you need to automate, and the spots where most entrepreneurs miss out and leave money sitting on the table.

These two items combined will help you develop a plan to handle the marketing strategies outlined above … and of course we are here to help you every step of the way!