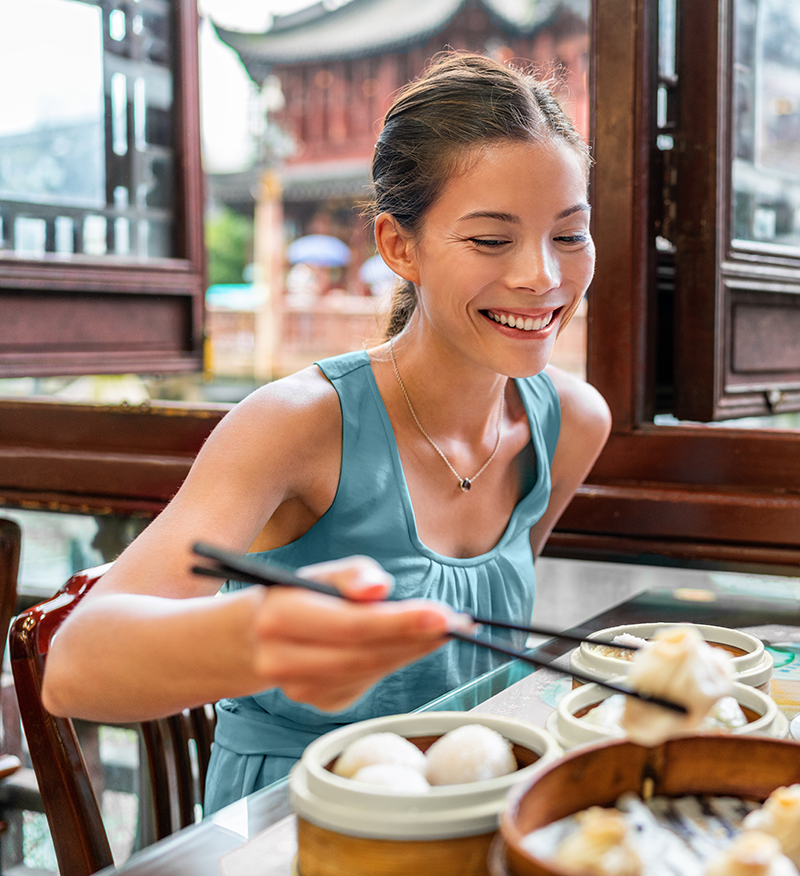 Part of our Moving Business from Survive to Thrive Series

Quarantine and self isolation are impacting businesses and I know entrepreneurs are afraid. I want to tell you a story about a business that almost had to close their doors when their own business economy drastically changed … until they pivoted.

This story is about Din Tai Fung, which is one of our top favorite restaurants in the world – we always stop in when we’re near one in any country.

He then wanted to branch out on his own to support his family. Together with his wife he founded Din Tai Fung (also a cooking oil retailer) in 1958. The name was a combination of his previous employer’s company name – Heng Tai Fung – and his new oil supplier’s company name – DinMei Oils.

Taiwan’s cooking oil industry started going through a major transformation in how the oil was processed in the late 50s, and around 1970, tinned or canned cooking oil became prevalent in Taiwan, and business diminished drastically.

To put into perspective what Yang was facing, you can relate this as similar to the changing economic environment that milkmen faced in the West. Traditionally, milk was delivered to your door in reusable bottles by a milkman, until the business environment started to change and households began purchasing their bottled milk from a grocery store. The business of being a milkman quickly became obsolete. This is very similar to what Yang faced when cooking oil started being provided in tinned cans.

In order to survive, Heng Tai Fung’s owner (Yang’s previous boss) suggested that Yang and his wife convert half the shop to making and selling steamed buns – xiaolongbao – which are hugely popular in Taiwan and other areas of the Asia and the world.

The buns were so popular that the store stopped selling oil altogether, and became a full restaurant in 1972. The original restaurant is still located on Xinyi Road in Taipei.

In 1996, the first international location opened in Tokyo, and now Din Tai Fung is known internationally for its xiaolongbao. It was named one of the top ten gourmet restaurants in the world by The New York Times in 1993; and in 2010 received a Michelin star, the first restaurant in Taiwan to receive this accolade.

Din Tai Fung now has restaurants in 12 countries around the world, including 13 or 14 on the west coast of the United States – which is the closest I can get without traveling overseas!

While we’ve found other restaurants with xialongbao that come pretty close, we still prefer the ones from Din Tai Fung. We always know they’re made fresh – when you walk in, there’s a huge glass wall where you can see their chefs actually hand-making your orders.

My favorites are the cucumber salad with chili oil appetizer, garlic green beans, Taiwanese lettuce (this dish we’ve only found in Taiwan), their vegetable dumplings, jasmine tea, and the chocolate xialongbao for dessert.

Hub likes the kurobota sticky pork rice wrap, shrimp potstickers, shrimp shao mai and shanghai rice cakes. And all of the other dishes we’ve tried have been good as well.

One of the most interesting business aspects is that their philosophy, which you’ll find right on their website, one of the points notes that “daily sales targets are not everything”. I love this concept, and believe that when we can remember similar as entrepreneurs, it can help switch our mindset from fear and scarcity to positivity and abundance – which is what we need right now.

This fits right along with the philosophy you will hear me and others state regularly:

You can have good, fast or cheap – but not all three.

Also keep in mind, they’ve achieved this level of growth primarily without “traditional” marketing or advertising. According to a Forbes article from a few years ago:

The chain’s fame has been built more on viral marketing via guidebooks and referrals from one traveler to the next than efforts to outclass competitors with special recipes, says Joy Sung, a marketing expert with TNS Research International in Taiwan. And Din Tai Fung does no advertising in Taiwan. “They’ve largely become famous by word of mouth. The fact of it having been reported on TV seems to have given it enough credence for people to tell each other and to check it out.”

Hopefully this story about a business that experienced the loss of their customer base, and pivoted into a wildly successful enterprise, will give you some hope and encouragement.

While their pivot was into a business that wasn’t really related to their first activities, one of the marketing strategies that we’ve been working through with numerous entrepreneurs right now is the need to pivot to an online product.

While I’m not recommending you make that large of a pivot like Din Tai Fung did, one of the things I always advise is that you have a Plan B – and more. At my last employer, my assistant (Julie – we love you) would talk to me and my coworker Lisa about a project, she would ask “what’s Plan B?” because she learned that we always have one, and it didn’t talk long for her to learn that we also had a Plan C, Plan D and however far into the alphabet that we needed to go!

The moral of this story is don’t give up hope. Change and something new can be okay – and can even be better than okay.

That’s why we’ve completely revamped and updated our 5 Days from Create to Sell course – so that we can help entrepreneurs who have never sold online to create an online product and have it ready to sell in 5 days. We know this ability to pivot their marketing strategy quickly will be helpful in keeping an income stream viable during the self isolation and quarantine of the pandemic, and can even continue to provide additional income streams for a long time to come.

In this program we help you take the knowledge and experience that is in your head and use that expertise to develop a program that you can sell online. We’ve done what we do best – all of our knowledge in how to make marketing efficient and bring a lot of different programs and software that you use and make them all work together, to help you learn how to develop a product quickly that you can sell online.