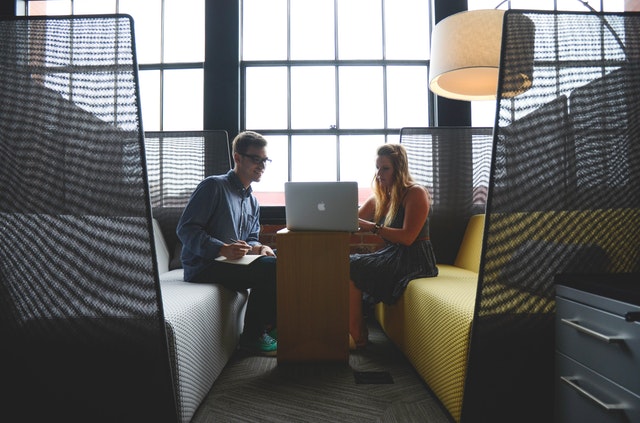 One of my friends/clients called me today, and has a potentially BIG problem.  Perfect example of why every business needs a crisis communication strategy.

Any business can be a target – some are an easier target and some are more “attractive”, but every business needs to consider the possibilities and consequences.

I’ve even had clients that had former customers threaten to leave a bad review because the customer missed or didn’t pay their bill and had a late fee added, which offended the customer.  They wanted the late fee removed (which my client would have happily done), but instead of just asking, they threatened negative reviews instead.

Online reviews are almost becoming a bargaining or bribery chip for people to get what they want – as you will see in this current example.

Basically, what happened with this current client is that someone posted a 1-star review on their business social media, and said something to the effect that the owner and some others had sexually assaulted a young lady some time back (over 10 years ago).

This could get ugly.  Some people could read this review and assume that the person is stating the truth.  It could cause forever repercussions for the business and the owner, and even further to staff, family, and more.  You’ve seen some of what can happen – we all have.

One question that comes to mind … did the person get the idea from the #MeToo movement?  I’m personally a fan of the intention behind this movement, yet even so can see how it could easily be used for bad.  We have all seen how people have lost their jobs, their companies, and more, after being accused of sexual assault.  Sometimes the proof is stronger than others.

In this case, I would be shocked if the owner did anything like this (although it seems there are always shocked friends and family in the cases we have heard about lately in the media).

And the owner is concerned too – what if someone DID do something illegal, on his watch, and he just never knew? He would want to take appropriate action.

Here are a few of the red flags that made us all think this is someone trying to trash the company.

First, it was over a decade ago, and no police reports were made, and no reports were made to the company/owner.  No complaints of any kind.  Of course, that alone may not be enough for others to assume nothing happened.

A second huge red flag is the fact that the person who posted the review/rating used a fake profile.  It was a brand new profile (made the same day), had absolutely no other posts or reviews, and had only one friend. If someone has a real problem with a company, they are more likely to use a real profile.

Through a bit of further digging (the fake profile added a REAL friend), narrowed it down to a male, whom no records can be found of having ever been a client or customer, and even further digging found that he is currently an inmate in jail.  The fake profile’s only friend also had no past customer records.

Despite all of this, imagine if people start reading this review, assume it must be real, and all of the types of problems that can arise.  The ugly messages and threats that could go out to the owner, staff, family.  Negative media attention.  Even the fake profile trying to file a lawsuit (remember, anyone can sue you, for just about anything).

This could be you.

Here’s what we did.

First, several of us reported the fake review/profile.

A business can’t remove reviews (unless they are posted on their own website), but sometimes with Yelp, Google, and Facebook, you can report a review and ask for it to be reviewed by the company.

I’ve had to do this for quite a few clients.  In most cases, it was easy to see that the review was likely fake, and they were removed.  The social platforms make it where a business can’t remove a review so that the integrity of the review system remains intact; however, they also don’t want fake reviews because that kills the integrity just as quickly.

The often look at things such as how new the reported profile is, what they said, and how many other reviews they have done. If they have no other reviews, or participate in personal attacks against an individual, or have a brand new profile, it’s more likely the review will be considered questionable by the social platform.  The platforms can also track the IP address of the reviewer, and match that to real, existing profiles.

The next thing we did – temporarily while the social platform was looking at the reports – was pull the review feed off the website.  This false claim was the most recent review, so would most likely be seen first, and in looking to prevent some of the potential craziness that could occur, we chose this as damage control.

We did NOT engage the reviewer.  This would only have called more attention to the review, and we did not want to do anything before the social platform had the chance to do their work.  It may end up that no response would be needed if the review is found to be fake.

From there, we are doing several months of reputation monitoring.  Whether or not this fake review stays or is removed, the person behind it is likely to move on to other social platforms and attempt to leave inflammatory and accusatory reviews on those.  So we know it needs to be monitored for several months at least.  One easy way to start this effort is by setting up Google Alerts with your company name.

We also began planning possible responses to the review (and any later ones this same person may post) in the event that their review isn’t removed from the platform.  In this case, responses could have not only ethical but also potential legal considerations, since the reviewer was accusing individuals of illegal activities.

In addition to those responses, we began considering proactive strategies, in case they were needed.  If the review wouldn’t be removed, should we go ahead and talk about it very openly and up front with customers?  Send that via email, post on social media or the website?  Start the discussion from our side and be available to answer questions?  Or should we wait for customers, vendors, media and more to start asking questions (and possibly reporting only the pieces that work most for them)?

One thing we are NOT doing – we’re not blocking the fake profile from the page.  Blocking someone who is causing problems on your Facebook business page can be an easy strategy, but that only means you won’t see the comments, posts, reviews by the fake profile – other people may still be able to.  There is a point in time which it’s okay to do so, but don’t do it immediately as a knee-jerk response.

What you need to consider.

A few points you will want to keep in mind in case you ever are faced with this type of situation:

Who is authorized to speak to the media?  This can have brand or sometimes legal repercussions.  Most often, you will want the highest ranking person to be the only person authorized to speak to the media.  You also want to make sure in case of these types of situations, all staff know that they are NOT allowed to make statements to any media or anyone else, and that all inquiries should be routed to the chosen individual.

Make sure everyone knows the policy.  It should be in the employee handbook, discussed during orientation, and more.

Have the strategy NOW – before you need it.  Depending upon what happens, things can explode quickly, and you need to have thought through your plan before you’re in the thick of trying not to drown in a problem after it arises.

Consider all written responses carefully.  In fact, in some cases you may even need to have a lawyer look over what you say, before you say it.  A general “I wasn’t happy with my product” review, responded to by “We’re sorry, what can we do?” may not need this review.  In the case of my example, where someone is accusing of illegal activities, this may be more important.

Don’t be scared to respond, if needed.  Not all of your customers will agree, but I’m a big believer that everything won’t always be perfect – it’s how a company responds to issues or complaints that is the bigger indicator of what type of company they are.

Don’t lie.  Lies,especially in this context, or when they can blow up and get a lot of negative attention, have a way of coming back and biting you in the ass.  If you don’t know, say you don’t know.  If you’re going to check, say you’re going to check.  If you do know and it’s bad, talk with your attorney and trusted members of your senior team about how to address it.  If you do know and there’s some reason you can’t say (gag orders?), say that too (again, anything related to legalities, talk to your attorney first).  But don’t say “I don’t know” when you do, and when someone may find out in the future that you do and did – it will kill your reputation.  Forever.

When in doubt, call in the experts.  Have someone help monitor your reputation … and it doesn’t have to be an expensive “reputation management” company – which exist.  At a minimum have someone help you set up strategies to have in place to keep an eye on the reviews and mentions happening about your business.

Have a question about monitoring the online reputation of your business?  Schedule a free strategy consultation with one of our experts.