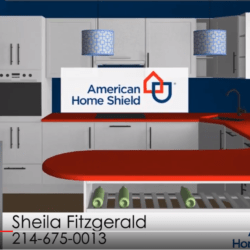 American Home Shield was needing a :30 commercial that would be shown on the lobby television of some local real estate offices.  We provided a series of five videos, for each of the area reps of AHS.

Some of the televisions had sound, and some do not, which meant we needed a solution that wouldn’t require a voiceover.  It also needed to be basic enough that the rep’s information, and the company name, wouldn’t be lost, plus it could be easily replicated for multiple reps.

Initially they requested a basic static headshot with contact information and logo, but we wanted to do something that would have better visual interest and be easily identifiable as relating to a home.

In addition to appearing on the lobby televisions, the reps will be able to use these videos on their own social media, including as a Facebook page cover video, if desired.

If you are in the market for an affordable video marketing option, contact us today to discuss your options.